I’m thrilled to share the first of an exciting new dystopian duology by J.F. Johns, called After Darkness!

Read on for an exclusive excerpt, book details, and a chance to win a print copy of Eternal Darkness, the first book in her exciting dystopian series of the same name!

I didn’t realize that this book is a sequel to another series until I read some of the reviews on Goodreads. It sure doesn’t feel like one!

The novel does end in a cliffhanger, though. If I had the next part ready, I’d just move on to it as if I had never stopped reading.

I found the concept of X-Prototypes and cyborgs and the forced segregation of humans and cyborgs interesting. The main characters are mere teenage school-going children, so I expected a certain level of immaturity and I wasn’t disappointed.

It was good to see a tough female MC who doesn’t shy away from fighting cyborgs, despite knowing they’re made to be stronger than humans. Some of the cyborgs are her secret friends and it was interesting to see how her head and heart struggled to overcome years of government brainwashing.

The introduction of the Destroyer and the “monster” attached to Scarlet were confounding elements, and I couldn’t determine if this was intentional. Perhaps the next book explains why they exist. The novel leaves quite a few questions unanswered and throws in only the briefest hints about the Dark Era.

Occasionally, the author repeats certain phrases even though she has introduced the character/concept previously. She also shifts perspective from one character to the other abruptly, within the same paragraph/conversation so that it tends to confuse the reader.

I felt a tighter edit would improve the readability of the novel.

But she has woven a story so enjoyable that I’m motivated to find the time to read the prequels and the sequel.

Book #1 of a duology

Humans AND Cyborgs are prohibited from communicating in any shape or form with each other.

Curfew is from 12 p.m until 7.30 a.m
Applicable to ALL citizens, humans AND cyborgs.

All propaganda against the government, written or verbal is a crime.

All the above laws if broken are punishable by death.

WELCOME TO THE NATION

‘My name is Terra Underwood, by the way.’

‘I know, thought you should know anyway.’

She heard him sigh.

‘I’m Kalem.’ A few seconds passed and then, ‘Kalem Akuma.’

She couldn’t help but think it was rather fitting.

‘Well, Underwood means ‘wood that is under.’ What exactly it’s under we’ll never know.’

‘Everything I say is meant as a joke.’

She could almost hear him smile, and that brought her own lips to twist upwards. She closed her eyes, feeling suddenly at ease and comfortable.

‘Good night, wood that is under.’

J.F.Johns is 27 years old and was born and raised in Spain. She studied English Literature and Creative Writing at ARU in Cambridge, UK.

She won the Indie Book Awards 2017 for best book written by an author under the age of 25, and was a finalist for best book cover with her novel Eternal Darkness.

She’s an animal lover, and spends her free time playing with her adopted dog and rescued cat, drinking too much coffee and posting book photos on her Instagram.

She believes in the art of dramatic sighing and eye rolling. She works as a ninja, but has been told several times that she’s not very good at her job.

The world is divided between humans and cyborgs.

Scarlet Lock is neither.

She is a soldier created to kill on command. But her memory has been erased and when she awakens in a government facility she soon discovers that this new world is a dangerous place, full of government secrets and cruel experiments performed in the name of progress.

With the help of a group of cyborgs, Scarlet will fight to uncover the truth and transform the future of the new world she now lives in.

Eternal Darkness is full of suspense, action and romance and will make readers question what it means to be human. 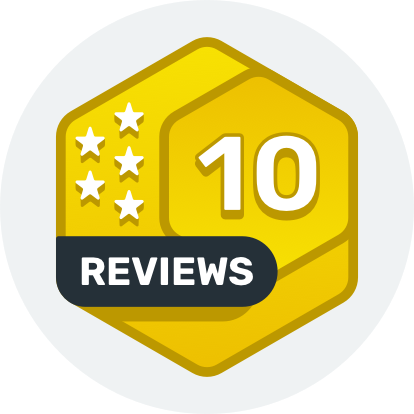